Why move to Palma de Mallorca? 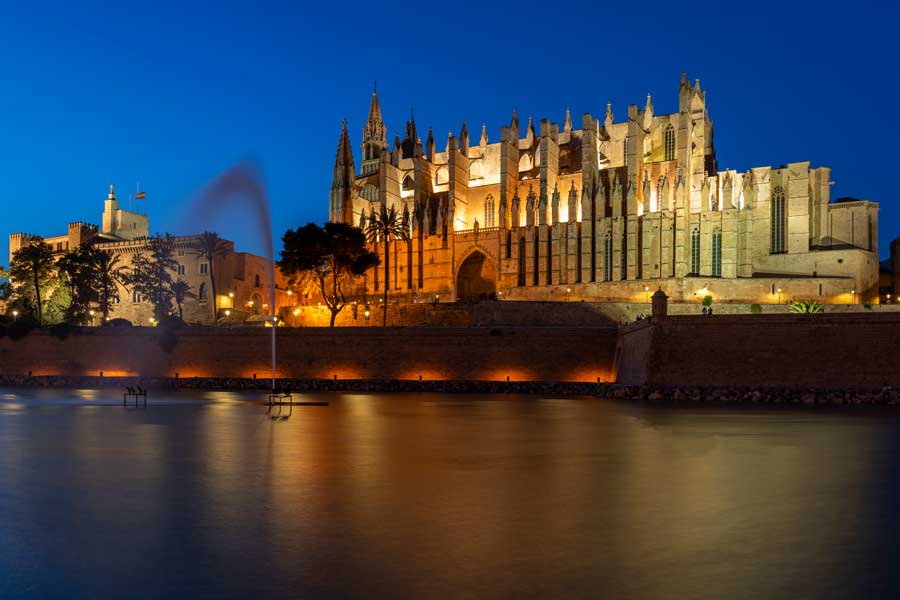 Spain is a European country full of history, beautiful landscapes, incredible coasts, and a millenary culture, which make this place a favorite destination for all those people who are looking for stability, as well as a prosperous and peaceful lifestyle, such as the one we can find in Palma de Mallorca.

The island of Mallorca is an insular territory located in the Mediterranean Sea, which together with the islands of Menorca, Cabrera, Ibiza, Formentera and other small islets, form the so-called Autonomous Community of the Balearic Islands.

Mallorca is the largest of all the Balearic Islands with an area of 3640 Km2 and an estimated population of 924,000 inhabitants, which makes it the second most populated island in Spain. Despite this population density, much of Mallorca retains an island lifestyle, blending at times into a sophisticated culture where you can find parties, marinas, recreational clubs, resorts, and large centers for shopping, leisure, and entertainment.

In general, Mallorca has managed to balance the busy city life with the characteristic style of the Mediterranean islands, where sea, sand, and sun, blend seamlessly into a whirlwind of passions that attracts young and old alike.

Palma de Mallorca is the capital of the island of Mallorca, located in the south-western part of the island and has a population of 420,000 inhabitants distributed over an area of 209 Km2, which makes it the eighth-largest city in Spain.

Palma de Mallorca is a large, prosperous, and cosmopolitan city, where 20% of its residents are of foreign origin. Like all maritime cities, it has a huge expanse of beautiful coastline, historical sites, castles, palaces, shopping centers, theatres, as well as hundreds of places to work, play and have fun.

In the center of Palma, we can find ancient narrow streets built in medieval times where you can appreciate Moorish-style buildings, majestic cathedrals such as the basilica of Santa Maria, and great palaces such as the “Almudaina” and exquisite museums such as the “Es Baluard”.

This area of the city is very desirable for people wishing to move to Palma de Mallorca, as it is home to the area’s most emblematic buildings, historical sites, and entertainment venues, and many of the properties in the center of Palma have been renovated into luxury homes.

Another of the emblematic areas of Palma de Mallorca is the Santa Catalina neighborhood, in fact, it is considered one of the best areas in the city thanks to its bohemian style where big brand shops are combined with the oldest market in the city, as well as exclusive cafes, bars, and restaurants.

The climate in Palma de Mallorca is typical of the Mediterranean, characterized by more than 300 sunny days with long, hot summers. The average temperature in the city is 27°C for the summer and 14°C for the winter, with scarce rainfall reaching a maximum of 50 days throughout the year.

In the rest of the island of Mallorca, the climatic variations are a little more pronounced, with microclimates forming around the island with more cloud cover towards the northwest, especially in the Tramontana mountain range.

In terms of mobility, Palma de Mallorca has an important road network with large avenues and motorways that interconnect the metropolitan area with the rest of the island. The city also has several urban bus routes, railway stations, two metro lines, and a huge fleet of taxis.

In addition, the municipality has developed a project to build a tramway with 27 stations that will cross the city from north to east and is scheduled to open in 2026. The authorities are also planning to implement a plan for the installation of 40 km of bicycle lanes with bicycle parking facilities.

Although it is true that the city of Palma de Mallorca is known for being a tourist destination par excellence, it is also true that many foreigners decide to make it their permanent place of residence.

In addition to everything we have already mentioned, Palma de Mallorca has a consolidated infrastructure in all aspects. Here it is very easy to find all kinds of medical, legal and professional services in general. Furthermore, the cost of traveling to the island is quite affordable.

One aspect worth highlighting about this marvelous city is its proximity to other much more peaceful and charming locations such as Palma itself, where you can enjoy incredible beaches, exclusive marinas, five-star resorts, as well as being able to venture into mountainous places that are a little quieter and more secluded.

For all this and much more, Palma de Mallorca is considered one of the top cities in Spain to settle in.